We filmed this film for Felicia and Ryan at an Island Hide Away on South Stradbroke Island 20 min boat ride from the Gold Coast.

It was a great day at a great venue. The weather was a little touch and go for a while were it looked like the ceremony was going to have to be moved under cover.

But like a miracle the clouds parted and the suns rays shone throw and the wedding ceremony was preformed on the shore line open to nature. 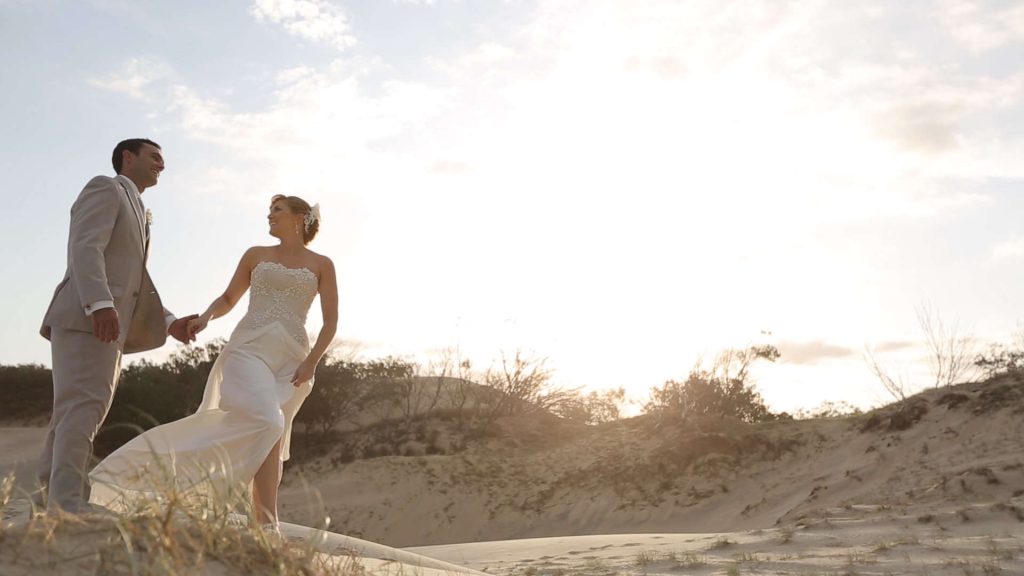